The Grattan Institute have released new research which calls on the Commonwealth Government to set up a future fund for social housing that would provide an ongoing investment pipeline for new supply.

The Grattan Institute join National Shelter, CHIA and many others in calling on whoever wins next year’s federal election to invest in more social housing and to establish a funding mechanism to enable a sustained increase in social housing stock.

Their proposal recommends ‘a $20 billion Social Housing Future Fund’ which would direct returns after inflation towards capital grants for state governments and community housing providers to fund the development of new social housing.

The Grattan model has the following features:

The paper suggests the federal Government ‘should require state governments to match federal contributions to new social housing, as a condition of any federal funds for social housing being allocated to their state’. If this occurred, the fund could achieve 6000 new homes per annum.

The future fund is an important mechanism to address the ongoing decline of Australia’s social housing stock (see Figure 1 below). In Western Australia the story is similar. Despite recent investment in the construction of new social housing dwellings, since 2016-17 there has been a net loss of 1426 properties across the state.[1] Social housing currently makes up only 3.8 per cent of housing stock in the state.[2] 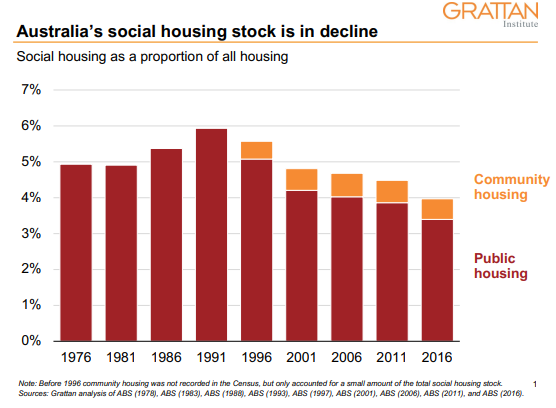 The recent draft Infrastructure WA strategy Foundations for a stronger tomorrow, which outlines the state’s infrastructure priorities for the next 30 years, has acknowledged the need for sustained investment in social housing to drive a net increase of stock aligned with current and projected demand.

While the State Government’s recent budget included $750 million towards a ‘Social Housing Investment Fund’ this is not a permanent pool of funds as proposed by the Grattan Institute but is instead a forward budget allocation. WA could establish a state version of this future fund which would enable it to match federal funds if and when they are forthcoming and would provide an ongoing mechanism to fund social housing for the state even without a federal model. This would bring WA in line with a number of other states, including Victoria, Queensland and South Australia, who have established their own social housing investment funds.

Shelter WA supports the need for sustained funding mechanisms to increase social housing supply at both the state and federal level and calls for these mechanisms to be designed in a way that enable the community housing sector to maximise and leverage government investment.

The Grattan model can be found here. 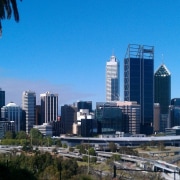 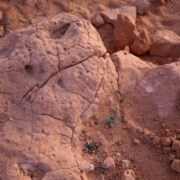 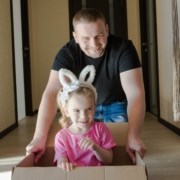 WA can and must do better in providing social housing 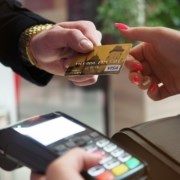 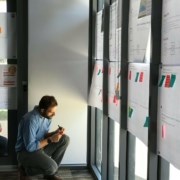 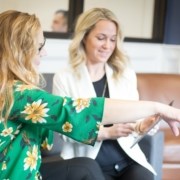