On Thursday, 2 June the Hon. John Carey MLA released a statement on the City of Perth’s decision to vote against homelessness drop-in centre.

Read this ABC News story here for the background.

“The decision by the elected council to vote against the relocation of the Ruah Homelessness Drop In Centre on Tuesday night is deeply saddening – and in effect, may shut down one of only two critical drop in centres for our city.

“The relocation – 100 metres from the Northbridge Police Complex on James Street and only 200 metres from the current site of operation – is necessary as RUAH redevelops its existing site for a new Centre for Women and Children.

“I respect the right of councils to make decisions.”

“The new centre is a safe environment with both a service hub and respite accommodation, for women and children escaping violence. It should be noted that the two City of Perth elected councillors on the development assessment panel voted against this proposal but the project still received approval.

“I respect the right of councils to make decisions but does not mean they should not be publicly scrutinised, and held to account.

“The decision by the City of Perth to vote against the relocation does not show good leadership from the elected members when tackling the complex issues that vulnerable people in our community face.

“Consistently spruiking City of Perth funding for a Safe Night Space for women in the city and advocating for extended outreach and drop in hours while simultaneously making decisions which block existing homelessness services simply does not cut it.

“I am not dismissive of local concerns and as a inner City resident I understand the complexities and potential challenges of homelessness service hubs.

“The reality is the City of Perth elected council could have sought to navigate this difficult issues with better leadership and gathering stakeholders, Ruah and City of Perth administration around the table to find real solutions.

“Yes, this requires more work but this is strong and engaged leadership.

“Less than 10 per cent are located within City of Perth.”

“The push for decentralisation by the City of Perth does not reflect the clear evidence of location of current homelessness services.

“It is also in contradiction to other capital city councils, like the City of Melbourne, that has taken a leading role in coordinating homelessness operations in the CBD.

“The claim that this project was creating additional homeless service in Northbridge is also false. The new Ruah Centre for Women and Children is not a drop in centre.

“Homeless is a shared responsibility.”

“Homeless is a shared responsibility – between the Federal Government, State Government, capital city local governments and our community.

“The City of Perth has a moral responsibility, as the planning authority, to provide leadership and resolve this issue.”

In responding to to the Ministers’ comments, Shelter WA CEO Michelle Mackenzie said leadership was needed from all spheres of government.

“We hope the City of Perth will reconsider their decision.”

“We have to work together as a community to end homelessness,” Ms Mackenzie said.

“Shelter WA would like to thank John Carey MLA for taking the time to understand the evidence and the important and considered work done by the community services sector and issue this statement. We hope the City of Perth and Basil Zempilas will reconsider their decision.” 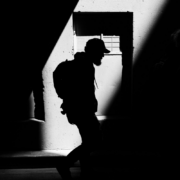 Ainsley is on the move 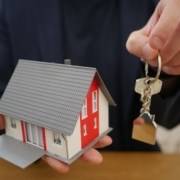 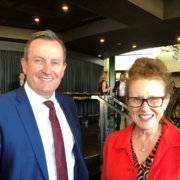