As Australia enters its first recession in three decades, the Government wants to wind back responsible lending laws that protect people from exploitative lending by banks and other lenders.

Together we can protect our communities from unsafe and irresponsible lending.

The Government is proposing to significantly weaken Australia’s protections that exist to stop banks and other lenders from selling unsafe and unaffordable loans that cause harm to people, families and our wider economy.

These laws were introduced following the Global Financial Crisis to help level the playing field between individuals, banks and other lenders. The reforms provided critical consumer protections that deterred lenders from providing unaffordable and unsuitable loans, and offered redress for people when those laws were breached.

The strength of our lending standards is one of the reasons our economy has been able to withstand record high levels of household debt. Repealing these protections in the midst of a recession is madness.

In a national open letter launched today, 122 organisations (including Shelter WA) and 97 prominent Australians are urging Senators to block proposed weakening of safe lending laws which protect consumers from aggressive lending by financial institutions. Supporters of the open letter include ACTU, ACOSS, Anglicare, and a range of religious, community, legal and family violence organisations from across Australia.

The Open Letter is also supported by new national polling that shows that Australians expect lenders to check if credit is unaffordable. 79 per cent of people think that banks should be required to always check a customer’s ability to repay before offering a mortgage (only 4 per cent disagree).

View the open (and you can sign it) letter here. | Read more about the campaign here. 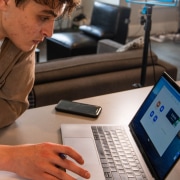 Referral pathways for the ending of the moratorium 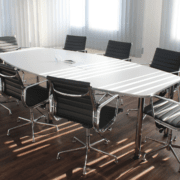