This Australian Housing and Urban Research Institute (AHURI) report explains the variations in local rates of housing production between 2006 and 2016 by examining the quantity, composition and distribution of new housing supply across Australia.

The study finds that new housing supply is distributed unevenly between and within the Australian states. Below highlights the key findings relating to Western Australia between 2006 and 2016.

To explore the reasons behind supply patterns in NSW and WA, interviews were conducted with state and local planners and developers in high supply locations. From these interviews the following learnings can be applied to other areas seeking to increase housing supply:

The AHURI report highlights a number of policy options to increase housing stock both in established and growing areas.

One key recommendation is to sustain and expand social and affordable housing stock through the implementation of new initiatives that focus on diversify housing products, choice, and suitability. Some initiatives that can be considered include;

Furthermore, there is a need for strong government involvement to provide demonstration projects and releasing available land.

The full AHURI report including more information on policy and reform options can be found here. 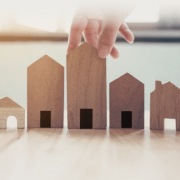 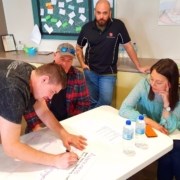 COVID-19 reveals true liveability of our homes and neighbourhoods