Shelter WA has joined an alliance of Western Australian community organisations who are demanding an immediate reduction in carbon emissions and increased investment in non-polluting, job-creating industries and carbon offsetting in the state.

RenewWA is an alliance of faith groups, farmers, trade unions, health workers, social services organisations, environmental groups and others who have called on the State Government to take advantage of the renewables boom and for WA’s largest polluters to offset their greenhouse gas emissions.

The combined plea to the State Government points to significant opportunities for job creation and economic development in offsetting the high carbon emissions from WA’s gas industry and the growing world market for clean energy.

“It forms an essential part of responding to climate change.”

Low-income households are particularly vulnerable to the health impacts of heatwaves and rising temperatures. Access to low-cost energy from residential solar, batteries or energy-efficient appliances is currently out of reach for many, especially if they don’t own their own home. Investment in schemes to provide access to affordable renewable energy and energy efficiency measures needs to be prioritised, including in regional and remote areas.

Members of RenewWA, in addition to supporting vulnerable households and communities are also asking for immediate action on climate change by the State Government through the following elements:

Support for workers and communities to transition from fossil fuel industries so that we leave nobody behind. Greater investment is needed in alternative industries to provide paid training and skills development for workers to move without disadvantage into reliable, quality local jobs and to take advantage of our abundant renewable energy resources and high-skilled workforce.

The Paris Agreement demands an immediate reduction in carbon pollution, and this is a critical goal that must be reflected in WA Government climate change policy.

Requiring existing LNG projects to reduce and offset emissions is an essential first step in controlling WA’s emissions growth and delivering new jobs in clean industries in regional WA communities. LNG developments must be required to offset all pollution as recommended by WA’s independent Environmental Protection Authority and offsets must be made with local projects.

• A Just Transition away from gas extraction:

Gas as a fossil fuel contributes significantly to climate change and a just transition away from gas extraction is needed. Recent reports have identified that the threat to the climate from LNG expansion is as great as, or greater than coal. The IPCC has identified the median near-term reduction for natural gas use as 15% by 2030 and 43% by 2050 in order to meet the temperature goals established under the Paris Agreement.

You can read the RenewWA Joint Call for Climate Action in WA here. 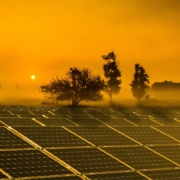 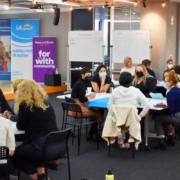 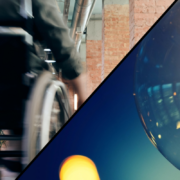 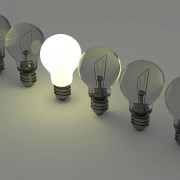 WA Government must not delay on Home Energy Improvements