Western Australia’s leading animal rescue organisations have joined forces to call on the State Government to strengthen WA’s rental laws as current ‘no ground’ evictions and banned pets have resulted in large numbers of animals being surrendered at their shelters.

The RSPCA WA, Cat Haven and the Dogs’ Refuge Home have collectively written to the Premier calling for reform of the WA Residential Tenancies Act to allow pets to live in rental homes and the removal of ‘no ground’ evictions so people have the confidence to ask landlords if they can keep a pet in their home.

They argued that these two amendments alone would go a long way to making renting a more stable, secure and safe housing option for the 700,000 renters in Western Australia.

The Dogs’ Refuge Home reported 297 animals surrender applications in the first three months of 2022, with many people contacting them in emergency after other options for their dog had fallen through or an alternative couldn’t be found.

Dogs’ Refuge General Karen Rhodes said the large majority of those surrendered were from people unable to keep their animals due to the current laws.

“WA’s animal shelters are witnessing the heartbreaking impact of current tenancy law on both animals and their owners,” she said.

In 2022, Cat Haven cared for over 50 cats under their Emergency Boarding program with an expected number of more than 120 by the end of the year.

Cat Haven CEO Roz Robinson said some of the cats had been in care for over 4 months while their owners looked for suitable accommodation.

The Cat Haven has also received 1,525 owner surrenders in 2022 so far with many of these being from the lack of pet-friendly rentals on the market,” she said.

“There has been a significant rise in pet surrenders due to rental housing issues. The majority of rental properties do not allow pets, and when people are evicted and need to find a new home, securing a rental where they can take their pet is very difficult.”

RSPCA Chair Lynne Bradshaw said the current low number of rental properties available in Western Australia, coupled with the increase in many rental prices resulted in a sad consequence of renters who find themselves unable to secure accommodation that will accept their family pet.

“Sadly, many people have had to make the heartbreaking choice between surrendering their beloved pet or putting a roof over their family’s heads,” she said.

“As competition increases for rentals, it is sadly less likely for an application with pets to be accepted. Animal shelter staff regularly see the trauma of owners surrendering their pet, many of whom are viewed as family members. These owners are distraught having to have made the decision to either keep their pet or a home.”

Shelter WA CEO Michelle Mackenzie said a snapshot of available rentals on 18 August 2022 found 2592 WA rentals were listed on realestate.com.au, but only 384 properties or 14.8 per cent were listed as ‘pets considered’.

“We know people don’t want to give up their pets and we believe that the lack of rental security means tenants aren’t comfortable even asking if they can have a pet, fearing it will lead to eviction when their lease period ends,” she said.

“We have 700,000 renters in WA and they are living in homes where they can be evicted without any reason. Add to that the pressure of having to give up a beloved pet and it’s a very sad story for many people in the rental market.” 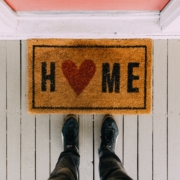