By 2050, Australia’s population is projected to reach more than 35 million, with over 70 per cent of this growth in the capital cities. One way of accommodating this growing population is by rebuilding and regenerating ‘greyfield’ suburbs. These middle suburbs of large Australian cities feature ‘under-utilised property assets such as privately owned and occupied residential building stock, usually built between the late 1940s and the 1970s, that is failing physically, technologically and environmentally. Typically these suburbs also contain energy, water and communications infrastructure in need of regeneration’ together with older, physically run-down community assets, such as tennis and bowling clubs.

AHURI – Trajectories: the interplay between mental health and housing pathways. A short summary of the evidence. 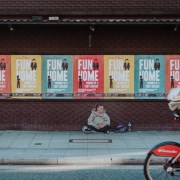 AHURI – The changing geography of homelessness: a spatial analysis from 2001 to 2016 AHURI – What was the most read AHURI research in 2018?